While the concentration of oil sands mining development in northeastern Alberta is relatively low, Syncrude understands we still have a role to play in taking steps to mitigate cumulative impacts on regional biodiversity aspects, such as wildlife habitat, bird migration and overall ecosystem health. Furthermore, it’s essential to consider how best to reclaim the land so both native flora and fauna will return. 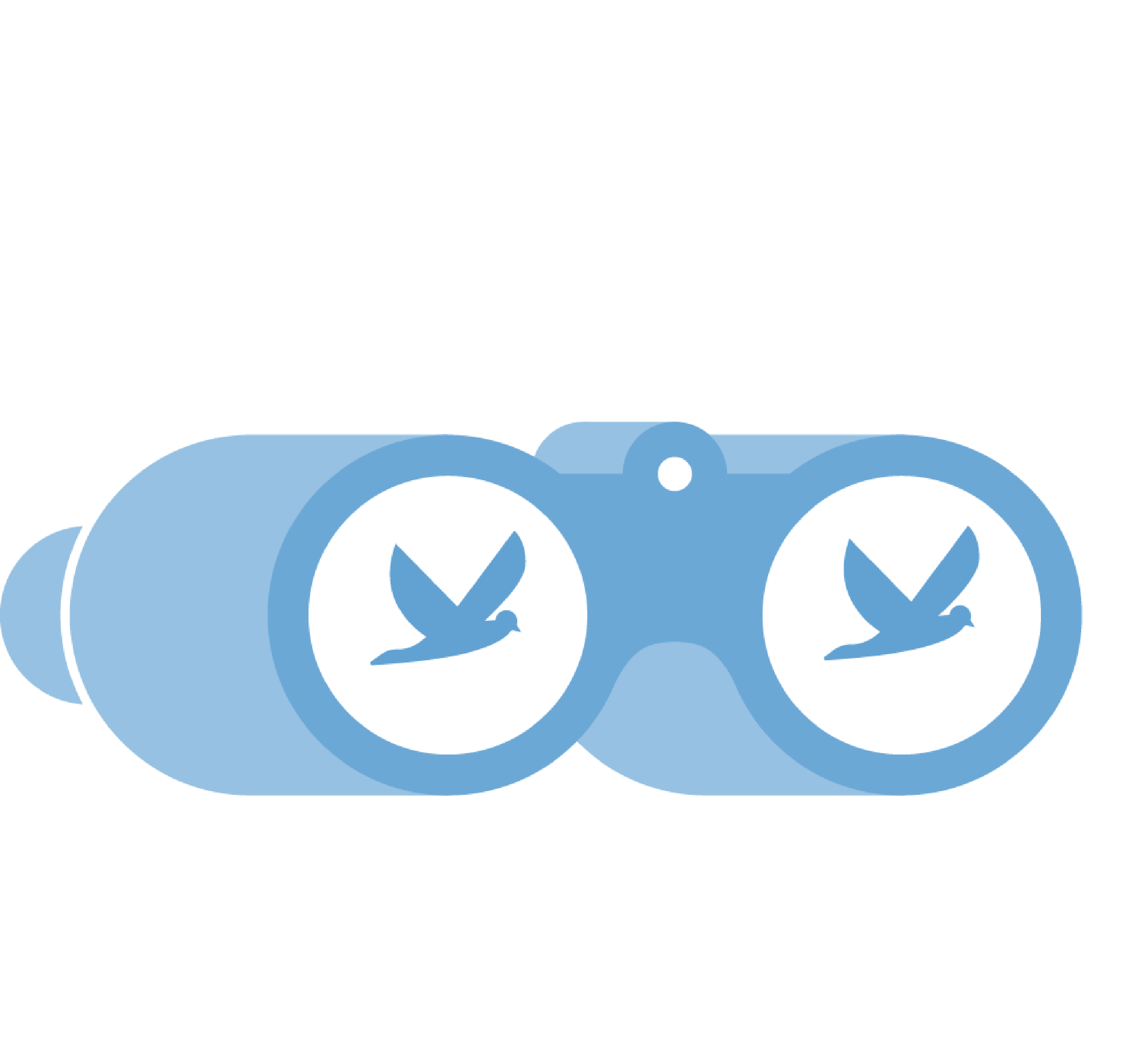 Syncrude manages biodiversity through a commitment to environmental stewardship which encompasses programs aimed at ensuring our operations do not have a long-term permanent impact on local ecosystems and re-establish a diversity of wildlife and fish habitats similar to those that existed prior to disturbance of the area. This includes mechanisms to deter waterfowl from landing on tailings ponds and motion-activated cameras to assess wildlife usage of reclaimed, undisturbed and future mining areas.

Our Operations Integrity Management System incorporates biodiversity aspects, such as waterfowl losses and land reclamation as key measurements of the effectiveness of our overall environmental protection system. Responsibilities are cross-functional and every employee has a role to play in minimizing our impact. For example, Aboriginal relations and regulatory staff support consultation activities with communities of interest regarding traditional land use, which helps inform future mine plans. As well, research teams lead multi-disciplinary studies on the productivity of reclaimed land and ways to improve reclamation techniques.

As a member of the Mining Association of Canada, we endorse the principles of the Towards Sustainable Mining initiative. This includes a protocol on biodiversity conservation. More information on TSM and its 2013 third-party verification on our biodiversity performance can be found in the Management Systems chapter.

Syncrude operates within a large wilderness area in northern Alberta’s boreal forest and employs a number of strategies to deter wildlife from our sites. These include our advanced waterfowl and bird deterrent system, and protocols for the handling of food and food waste.

There were 11 non-avian wildlife mortality incidents in 2014, including those related to natural causes. We also experienced 128 bird and waterfowl mortalities due to oiling, plus 23 losses related to vehicle collision, natural or unknown causes.

We are required by law to report to regulators sightings and wildlife incidents occurring on our site. In situations where distressed wildlife is found, the animal is assessed and action is taken under the guidance of Fish and Wildlife officials from Alberta Environment and Parks.

Further information on our wildlife protection measures and waterfowl deterrent system is available on our corporate website.

1. Includes all bird and waterfowl mortalities related to oiling. Incidents are reported to Alberta Environment and Parks. An additional 16 mortalities were related to vehicle collision, natural or unknown causes.

2. Includes all animal mortalities, exclusive of birds and waterfowl, regardless of cause, including those in which the cause was natural, due to predation or unknown.

We monitor the wildlife that has returned to our reclaimed land to ensure restoration practices are creating habitat attractive for species to return. Regulators require this data as part of the government certification process. Monitoring is done through visual observations, acoustic recordings, motion-activated cameras and track plates to detect the range of birds and mammals. Studies compare both reclaimed and natural sites within our lease boundaries.

During the 2014 program, over 1,900 birds were assessed at eight stations. Since the program began in 2011, 120 species have been banded or observed. Furthermore, automated audio recordings have detected the presence of Boreal Chorus frogs and wood frogs, as well as Silver-haired, Hoary, Northern Long-eared and Little Brown Bats. Stations equipped with motion-detection cameras captured an abundance of wildlife including coyote, black bear, gray wolf, lynx, moose, fisher, white-tailed deer, red fox, snowshoe hare, beaver and red squirrel. These results are encouraging and indicate a healthy presence of wildlife on our reclaimed land. Monitoring continues in 2015.

The Alberta Biodiversity Monitoring Institute (ABMI) reports that the oil sands region is home to at least 88 species at risk , as identified by the governments of Alberta and Canada. There is no species listed as endangered in the region.

ABMI released a report on the status of biodiversity in the oil sands region which was updated in mid-2014. It states that 86 per cent of the oil sands region – an area over 140,000 km² comprising approximately 21 per cent of Alberta – is undisturbed or has no direct human footprint. Energy has the lowest footprint at 2.2 per cent, followed by forestry (2.9 per cent) and agriculture (7.4 per cent). The Biodiversity Intactness Index was 88 per cent, based on the assessment of 425 species. According to ABMI, this represents a 12 per cent deviation from expected abundance relative to an undisturbed area. For more information and to download the report, visit www.abmi.ca.

Syncrude’s commitment is to ensure no long-term impact on the surrounding ecosystem and, through our reclamation programs, to return the land to a state that attracts and supports a diversity of flora and fauna. Our wildlife monitoring program shows encouraging results. For example, two species listed as sensitive by the Alberta government – lynx and fisher – have been observed on reclaimed areas that are over 20 years old. As well, the Canada Warbler – listed as threatened by Canada’s Committee on the Status of Endangered Wildlife in Canada (COSEWIC) and Species at Risk Act (SARA) – has been detected on both natural and reclaimed areas on our lease. Other bird species detected include the Common Yellowthroat, Least Flycatcher, Western Wood Peewee and Sharp-tailed Grouse.

Syncrude’s operations are not located within the range of Alberta’s woodland caribou herds or the proposed protection zones of the proposed Recovery Strategy for the Woodland Caribou, Boreal Population. Nor have our monitoring programs observed woodland caribou on our leases. Apart from the Natural Sciences and Engineering Research Council’s Integrated Research Chair in Integrated Land Management, supported by Syncrude and other members of Canada’s Oil Sands Innovation Alliance (COSIA), we do not participate in multi-stakeholder groups formed to research and monitor this issue. However, we do keep informed of policy developments at the provincial and federal levels regarding all species at risk and any related impacts on our business or land closure requirements.

Syncrude operations must adhere to environmental regulations, including the Alberta Environmental Protection and Enhancement Act, and Alberta Wildlife Act. Syncrude must also obtain operating approval every 10 years by submitting a detailed plan outlining how we will steward to government requirements regarding environmental protection, reclamation and mine closure. Compliance reporting occurs annually and status updates are submitted every five years.

Our plan outlines how we incorporate and monitor biodiversity into the various aspects of reclamation, including landscape formation, soil placement, vegetation, fish and wildlife.

Many of our practices lead to enhanced opportunities for biodiversity in the reclaimed landscape. For example, our use of LFH (leaf litter/fibric/humic, or the top layer of the forest floor that contains seeds and nutrients) enables quick succession of the original forest diversity. As well, our placement over the last number of years of coarse woody debris into soil material has created micro-ecosystems throughout newly reclaimed areas. We now see earlier growth of diverse natural vegetation, and the establishment of additional habitat for small mammals and birds. Landforms are also designed with physical/topographical diversity to accommodate both terrestrial and wetland habitats.

Our reclamation specialists contribute to ongoing improvements in biodiversity planning and monitoring in the region through the Reclamation Working Group of the Cumulative Environmental Management Association (CEMA).

There will be no habitat barriers on our reclaimed lands at mine closure. In the meantime, we discourage wildlife movement through our active mining areas. We do not have any crossing structures or corridors on our developed leases and, when constructing access roads and right-of-ways, we follow existing linear corridors to the greatest extent practical in order to reduce vegetation clearing and habitat fragmentation. Wildlife presence in active areas is discouraged to decrease interactions with staff.

To gain a better understanding of wildlife movement, Syncrude has participated in the Wildlife Habitat Effectiveness and Connectivity Program (WHEC), led by the University of Alberta. One hundred remote cameras were placed along five rivers and their adjacent uplands within the Athabasca River watershed, and were used to monitor wildlife between mine boundaries and the river. Both moose and wolves were outfitted with radio collars to help understand their movements.